A gateway to the past, and to the future

For about six years, Lorenzo Gatto and I waded our way through the complete Beethoven violin–piano sonatas. I recommend that kind of journey. To commit to a body of genius work, to systematically work it through, watch yourself change under its spell while having a tremendous amount of fun – it’s the quintessential humanist experience.

All of this called for more. But what exactly? Pandemic lockdowns decided: it’s Bach.

In March 2020, attempting to put some structure to an empty agenda, I opened the first book of the Well-Tempered Keyboard and started learning page one. Then page two. As of December 2021, I’m nearing the end of Book II – about 300 pages of exuberant counterpoint later.

Bach has been a constant presence in my musical life. But no earlier work compared to this long haul meditation.

The WTK’s legacy is among Bach’s most paradoxical ones. We tend to think of it as the starting point of modern music, but to Bach, it was the logical consequence of the musical languages of the past – the ones he studied, assimilated and renewed from the inside.

As an intellectual and musical achievement it’s in a league of its own, and in the absence of anything truly similar or equivalent, it seems to live in its own ivory tower. And yet historically, few works have been as fertile as the 48 Preludes & Fugues. Every composer from Mozart to Ligeti has admiringly turned to it for advice, and if Bach’s spirit hovers over most of Western music, it’s arguably thanks to his Well-Tempered Keyboard.

‘Such a Bach experiment succeeds for two reasons. Firstly, Julien Libeer plays Bach and his posthumous partners with supple articulation and mature pianism. Secondly, many aspects unfold from the historical-aesthetic mixture, illustrating how magnificently the Bach cosmos challenged and inspired the later composers.’

In short: the WTK is a gateway. Its roots plunge deeply into the three hundred previous years. Its branches reach out well into the 20th and 21st century. This endlessly fascinating position will fuel the core of my concert and recording activity for the next couple of seasons. Although I hope to play many pure versions of both books, I’ll also set up programs where I confront them with composers that drew on their concepts and innovations. I’ll team up with choirs all over the world, imagining programs that put Bach’s keyboard polyphony in a dialogue with vocal music from the Renaissance to today. There seems no limit to the possibilities.

Without the pandemic, I wouldn’t have thought of steering my boat into this direction. I had other plans. But it’s just another way of doing what I’ve tried to do up to now: to shed a light on the past that makes us understand it in a deeper, ever more meaningful way. 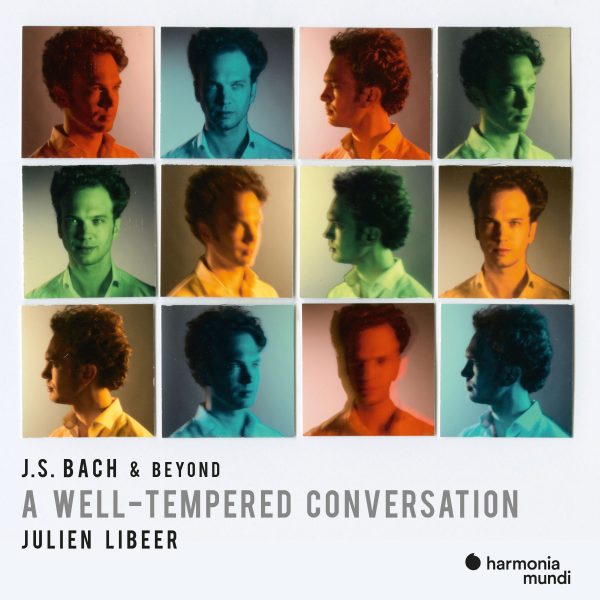 J.S. Bach & beyond – A Well-Tempered Conversation