A gateway to the past, and to the future

There’s a lot of talk about identity these days

‘Everything he does sounds true, with great economy of gestures, cristal-clear limpidity and intense expression.’

‘Music can be a force of change’

Around age four, Julien Libeer discovered Leonard Bernstein conducting West Side Story. Is it possible to see Bernstein at work and not believe that making music is the greatest thing on earth?

His next big influence was the pianist Dinu Lipatti; also someone radiating musical truth. Lipatti proved formative for the direction in which Julien wanted to work, as he consciously avoided engaging in piano competitions.

For five unforgettable years, French-Polish pedagogue Jean Fassina was the mentor for Julien’s pianistic and musical foundation. An additional five years, Maria João Pires taught Julien by example, and by taking him on the road to perform with her. Ultimately, he learned that your most important asset, on stage and in life, is your freedom.

Julien Libeer was presented with the Juventus Award 2008 for being the most promising young European soloist, and was named Young Musician of the Year by the Belgian Music Press Association in 2010. His work has been subject of the documentaries Technique doesn’t exist (2013) and Jeunes Solistes, Grands Destins (2018).
Julien’s recordings have been well-received by the international press, receiving awards such as the Diapason d’Or de l’Année 2016, Klara Award 2016 and Echo Preis 2017.

As a soloist, Julien has performed with the Deutsche Kammerphilharmonie Bremen, Brussels Philharmonic, Belgian National Orchestra, Antwerp Symphony Orchestra, Sinfonia Varsovia and New Japan Philharmonic; under conductors including Trevor Pinnock, Jun Märkl, Michel Tabachnik, Augustin Dumay, Hervé Niquet, Joshua Weilerstein and Enrique Mazzola. His dedication to the works of Dinu Lipatti have resulted in warm collaborations with the Bucarest Radio Orchestra, among others.

The instrument allows Libeer to be expansive, brisk and brilliant as required, without ever threatening to overwhelm his partner. This is deeply unshowy Beethoven but it’s intensely sincere and it sounds entirely new. Try it.

An accomplished chamber musician, has worked with the Danish String Quartet, Camille Thomas, Paul Lewis, Maria João Pires and Lorenzo Gatto, with whom he has performed the complete Beethoven violin sonatas over several seasons.

Highlights of last seasons have included invitations of the Amsterdam Concertgebouw, Wigmore Hall, the Elbphilharmonie and the Steinway International Concert Series (Cardiff). He was a guest at the Enescu Festival, the Beirut Chants Festival, the Miami International Piano Festival and has performed chamber music concerts at De Doelen (Rotterdam), the Palais des Beaux-Arts (Charleroi) and the Théâtre des Abesses (Paris). Julien is Artist in Residence at Flagey (Brussels).

Julien Libeer has studied with Maria João Pires, Jean Fassina and Daniel Blumenthal, and is an associate artist of the Queen Elisabeth Music Chapel, where he also specialized in chamber music with the members of the Artemis Quartet. Furthermore, he has received the advice of Dmitry Bashkirov, Alfred Brendel, Nelson Delle Vigne-Fabbri, Jura Margulis and Gerhard Schulz (Alban Berg Quartet).

The impact of music

Julien is driven to initiate or collaborate in projects which are rooted in the idea that music, far beyond its esthetic value, can be a force of change for anyone willing to listen. Amongst these projects was Julien hosting a Belgian TV series, that made a case for musical storytelling. He furthermore hosts the Salon Libeer concert series at the Bruges Concertgebouw, in which he joins a fellow musician and a speaker (e.g. thinker, historian, author), as well as the lecture series Dead or Alive, a philosophical exploration of the shifts in classical music making (in collaboration with LUCA School of Arts and the Catholic University of Leuven.

‘His engagement shows in this delightful, incredibly interesting and sometimes hilarious talkshow.’

As the artistic director of the Singing Molenbeek project, he supervises high level choir rehearsals in the primary schools of a Brussels suburb famous for all kinds of wrong reasons. It is Julien’s hope that introducing these children to music, with all its demands and rewards, will help them grow personally and socially.

J.S. Bach & beyond – A Well-Tempered Conversation 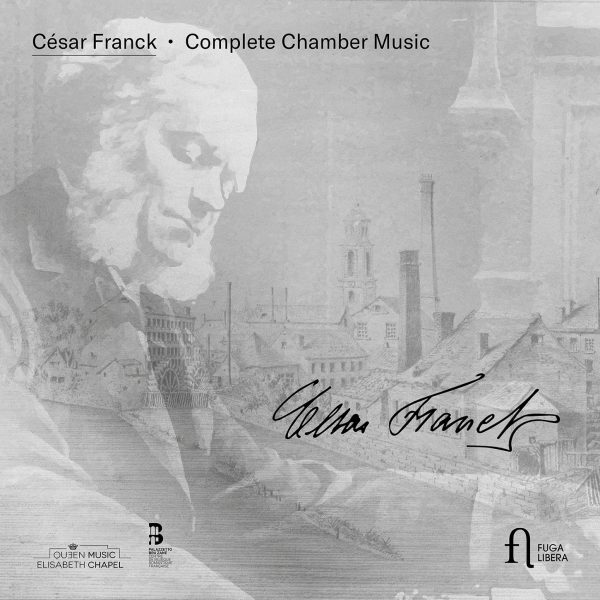 Franck – Violin Sonata in A major

Keeping the news updated on my Facebook page. Have a look!

Performed by Julien Libeer at the Concertgebouw Sessions 2020.

Building on the success of their first disc of Beethoven violin sonatas, which won a Diapason d’Or of the Year and ‘Choc’ de Classica, Lorenzo Gatto and Julien Libeer continue their recording of the cycle.